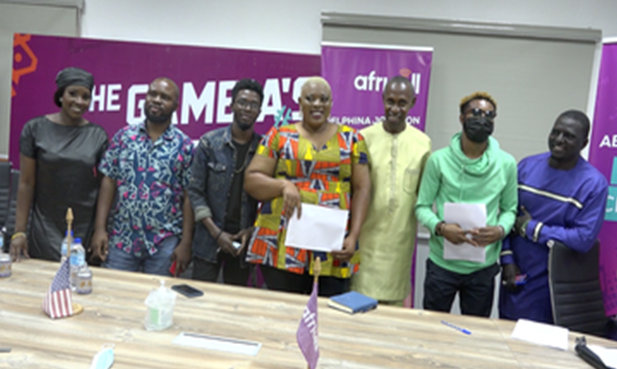 One of the leading GSM operators in The Gambia, Africell, on Friday 22nd  April  2022 signed a one-year contract with three Be-A-Star winners as brand ambassadors.

During the signing ceremony, Waka Jang said Africell empowers youth in building a strong and better nation, noting that such gesture falls within the company’s corporate social responsibility.

He said the new brand ambassadors are now part of the Africell family.

“I believe you will continue to work hard and fulfil what you have sung for the company,” he encouraged the young stars.

Jang noted that this is the first time such development is happening in the history of Gambia, while congratulating the ambassadors for their outstanding performance.

Mbye Bittaye of Africell said what the winners showed during the Be-A-Star competition is their true talents, adding that if they are supported they will do more.

He stated that Africell is an institution that has been supporting people and the Gambia through its corporate social responsibility.

Delphine Johnson also thanked Africell for bringing the star out of them, saying that if they have such people backing them, the sky will no longer be the limit.

She noted that Gambian music is now at the top with the support of Africell.