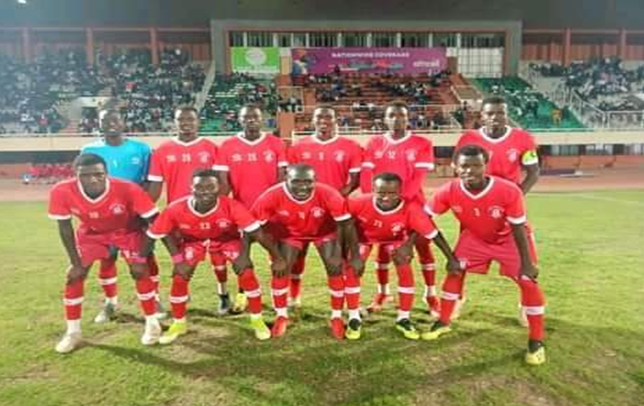 The ‘Satayaba’ boys are now levelled on points with Real De Banjul on the 29 points but a superior goal difference propels them to the top of the standings.

Real De Banjul, however, recorded a shocking 1-0  defeat in the hands of Elite United. The defeat for the white boys gave chance to Brikama to either move two points above them with a win or level with them with a draw.

Brikama United are on the voyage of winning its third league title since its inception in 2003.

Speaking to the press after the game, gaffer Modou Lamin Nyassi for Brikama United said he was not happy with a draw but better than a defeat. He said his team are focus and ready to compete.

In the other games in the second round, Champions Fortune FC restored their winning formula with a one-nil win over Gamtel on Thursday while Team Rhino and Samger settled for a one-all draw.

On Friday, Waa Banjul and Gambia Ports Authority drew one-all in all Banjul affairs before Wallidan will silence City Boys Banjul United in a thrilling 2-1 win.

On Saturday night, it was Gambia Armed Forces’ turn to celebrate when they defeated Falcons by 3-2.

While Brikama United and Real De Banjul are neck and neck on top, Team Rhino and Elite United occupy the bottom two.