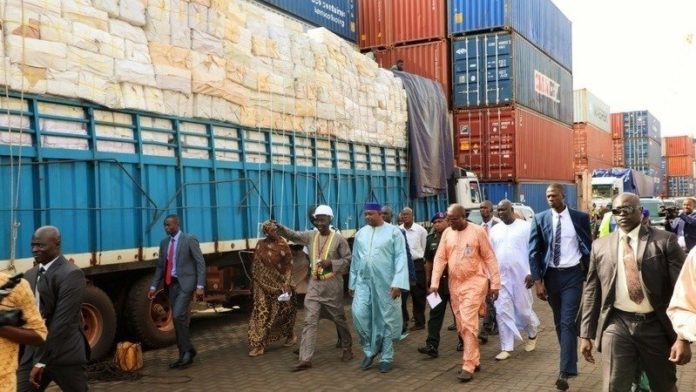 Gambian citizens have taken to social media to demand the release of the full corruption investigation report on the Gambia Port Authority. Snippets of the report which have been made public accuse employees of issuing fake receipts, undercutting fees, and collecting bribes and inducements.

It alleges that between 2020 to 2022, the staff in question were stealing D4 million per week through these corrupt practices. The news about this corrupt syndicate was leaked to the media last year prompting an internal investigation by the management of the Ports Authority.

The authority went on to later admit in a press statement that their own investigations revealed an elaborate scheme of theft involving several staff members. It further confirmed that demurrage charges were understated and receipts were issued outside the accounting system, causing significant revenue losses.

Although the report and recommendations by the panel were submitted to the Managing Director Ousman Jobarteh on the 16th of March, 2022, the public is yet to access the full contents of the report and it is for this reason that the people have demanded a release of the full report.

According to Yahya Ceesay, he wants to be a part of the collective work of ending corruption in his little beloved nation. He notes that the poor taxpayers should know the reason why they are paying their taxes.

Like Yahya, Mo Dambs is joining the call to ensure corruption is eradicated in The Gambia. For Sheriff Mohammed Kijera the entire call is about accountability. “Government of the Gambia and public enterprises should be held accountable,” he said.

On his part, Alpha Humma only wants to participate in the fight to end corruption in the Gambia. Maria Jobe says, “It is very sad that our country and institutions, for that matter are going from bad to worse, people are suffering whilst the selected few are grabbing what doesn’t belong to them. Very sad situation and when will we learn? she asks.