Bring Back Our Lands! Sack and Prosecute Musa Drammeh 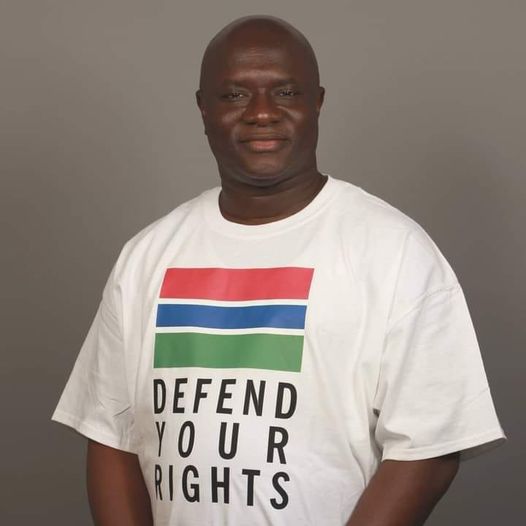 Minister of Lands Musa Drammeh must either be thinking that the Gambia is a 17th-century tiny fiefdom, or he is such a myopic person or both that he thinks corruption, patronage and abuse of office are normal. It is high time that Musa Drammeh is contained and removed from public office and prosecuted lest he plunges this country into the deep red fire!

Hence the recent allocation of public lands to the Vice President and a bunch of ministers and private individuals is utterly out of place in any civilized, modern democratic republic. The ridiculous rationalization given by Musa Drammeh is utterly unjustified and illegal. It is even more nonsensical to claim that such practice was happening since the time of Jawara and therefore justified to continue with this practice today. There is no legal basis for such malpractice!

In the first place, there is no provision in the Constitution or any land law that empowers the President of the National Assembly, much less a Minister to donate public lands to any public official or private citizen. Unfortunately, in this country, public officials at the highest level have always arrogated to themselves certain services, goods, and benefits just because they claim to hold public office.

Such practice is based on no law, rather it is a practice they have created for and by themselves which is based on nothing other than to illegally enrich themselves by turning the public office into a self-serving tool.

The claim that the Minster made that the allocated lands were mere replacements for lands taken from these individuals is an insult and willful attempt to hoodwink citizens in justifying theft. It was this Government that set up the Janneh Commission which had documented all the landed properties that Jammeh had illegally taken. If there is any citizen whose land was taken by Jammeh, the normal thing is for the Government to return that land to its rightful owner. Land does not disappear like a burning candle or a matchstick in a haystack.

Therefore, if any minister had lost his or her lands to Yaya Jammeh, what Musa Drammeh got to do is to go back to the Janneh Commission Report to identify that land and give it back to the rightful owner.

In fact, if the Minister’s claim is true, which I doubt that these Ministers lands were taken by Jammeh, then what about the lands of many more Gambians whose lands were also taken away.

That means they were ordinary citizens like all of us. Therefore, why give them public lands as a replacement or simply because they requested it when there are thousands of Gambians without even a single land and while others’ lands were also taken by Jammeh?

I call on all these individuals to return these lands right now otherwise they are nothing but stinking and shameless thieves who are exploiting public office for personal gain. All of these individuals already have their own well-built homes. But even if they don’t have a home, they are well paid from where they should go to buy their own lands elsewhere. As public officials, they are paid a salary and they should live within their salary or any legally and legitimately earned income. The land is not a salary and certainly, it cannot be an incentive.

For that matter, I hereby call on Gambians to protest this blatant act of corruption and abuse of office. Stand up and speak up now and do not let unscrupulous individuals without conscience abuse our lives and future for their selfish interests.

I call on political parties and CSOs to stage a massive and unending protest until these lands are taken back from these people. I call on citizens and CSOs to go to the courts to challenge this shameless daylight armed robbery led by Musa Drammeh in the middle of Ramadan! Shame!

Above all, I call on the National Assembly to pass a motion of censure as per section 75 of the Constitution to dismiss Musa Drammeh and order the IGP to arrest and prosecute him for abuse of office, fraud, corruption, and economic crimes. Since 2017, Musa Drammeh has become the single most corrupt, abusive, and uncontrollable minister in the Gambia.

His blatant disregard of the law and the national interest and direct interference with local councils and mismanagement of public lands is scandalous, unacceptable, and criminal. The culture of corruption and patronage that Musa Drammeh is perpetrating in this country is a threat to national security. He has shown total disregard for public interest and the future of this country.

This man thinks the Government is a personal and family farm to enrich himself and his political allies. Politicians like Musa Drammeh are able to damage the public good only because citizens allow them to do so. Until Gambians are willing and ready to make politicians face severe risks and consequences for their decisions, we shall continue to be bastardised and plundered by these corrupt and incompetent minsters like Musa Drammeh and his ilk until eternity.

Musa Drammeh should be sacked and prosecuted. Now!