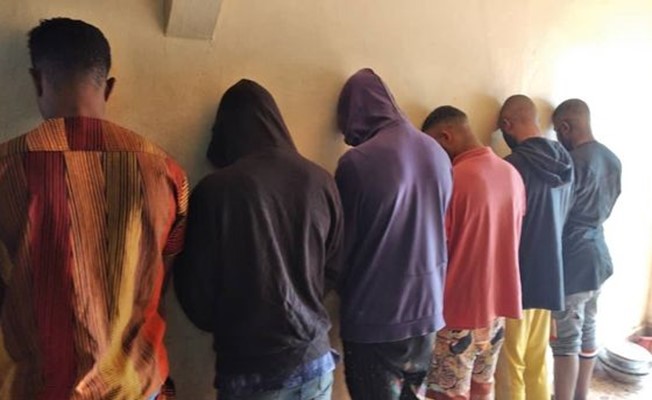 Operatives of Drug Law Enforcement Agency of The Gambia (DLEAG) stationed in the West Coast Region have arrested and taken into custody twelve (12) Nigerians and a Sierra Leone including two females suspected to be engaged in online scamming and fraudulent activities.

Operatives received tip off information about the conduct and activities of some people suspected to be engaged in criminal activities in Old Yundum, West Coast Region. A team was tasked to survey the said place and on the 28th March 2022 around 15:00 hours GMT, a team was dispatched to raid the identified place which is an apartment at the first floor of a storey building in Old Yundum.

Some of the occupants took to their heels and others tried to escape by jumping from the back door of the storey building. This action resulted in five (5) of them sustaining injuries.

All thirteen (13) of them were arrested and escorted back to the apartment where a search was conducted in their presence.

There was also one Sierra Leonean passport without a photo bearing the name Henry A. Conteh. No prohibited or controlled drugs were found in the scene.