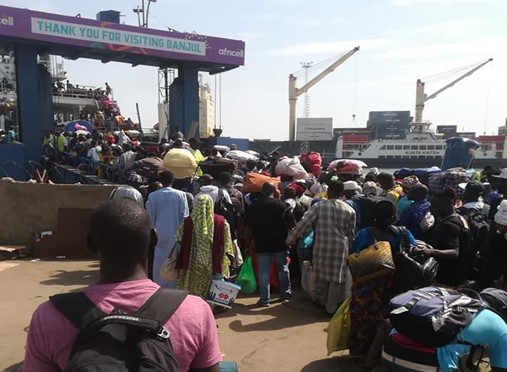 The Gambia Ferry Services, a subsidiary of The Gambia Ports Authority has come under criticism following reports that the company was set to spend a whopping 30 million euros to refurbish the ferries.

following a massive social media backlash from Gambians, the institution has now issued a statement saying the amount mentioned in the report was accurate but in the wrong currency.

The institution in its statement also said the error was inadvertent on the side of the journalist who carried the story.

”The amount quoted is correct, but the currency is wrong should have been reported as Dalasis, not Euros. The error is inadvertent on the side of the journalist who carried the story.

It’s true that all 3 ferries are being refitted with new engines and propulsion systems to improve their technical suitability to provide a more reliable service,’ the statement read.

The news report in question carried by Point Newspaper was published since August 2021, leaving many asking why the institution failed to issue a rejoinder from the onset.

Some believe the institution’s reaction after more than five months since the report was published is because of the public backlash that recently ensued after Gambians called them out for what they believe was ‘outrageous spending’.

Meanwhile, The Gambia Ferry Services has defended their decision for the refurbishment saying ‘it is cheaper and more economical than having a complete overhaul of their engines’.