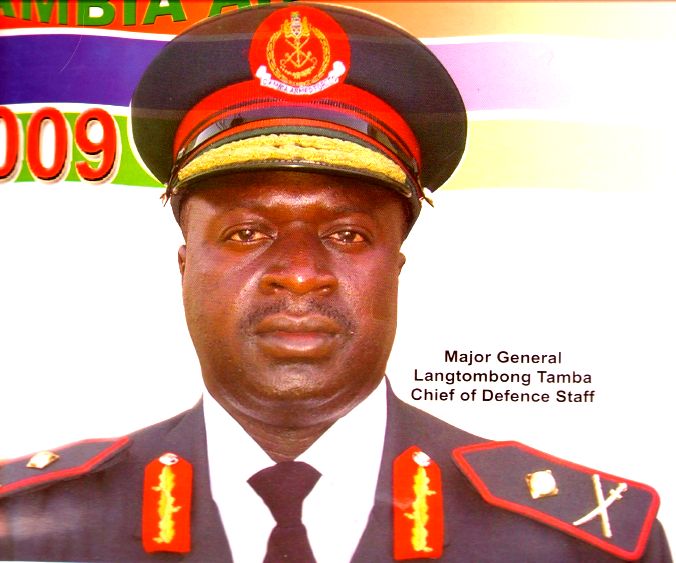 A former bodyguard at State House has told the Truth, Reconciliation and Reparations Commission that he knew he must have been reported by former army chief Lang Tombong Tamba when a group of soldiers including him wanted to block Yahya Jammeh and other soldiers from taking over State House.

Tijan Touray in a tell-all via Skype to the TRRC said on July 22, 1994, both the coupists and guards at State House were armed with rifles but Lang Tombong Tamba said, “we are all soldiers and to avoid bloodshed let’s just allow them to enter.”

“When I heard that I started to walk away and I walked very fast. I know that this was not right,” Touray who lives in the United Kingdom said.

The former military officer said he, Kebba Sonko and others had a meeting with the aim of getting rid of Yahya Jammeh and his junta men but that Lang Tombong Tamba kicked against their plan.

“Lang said we can’t do this…that would cause bloodshed. These people have taken over the State House. I was charged for treason for joining Sir Dawda Jawara, I know I must have been reported by Lang Tombong Tamba,” he added.